Citizens of the Year Award 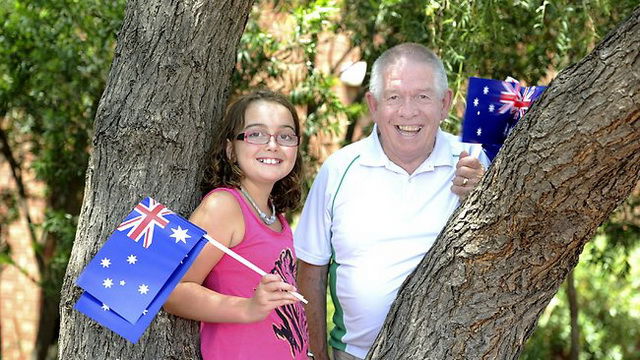 Inspiring others and advocating for a better future has led Danny Conlan and Maddison Parker to be named Melton's citizens of the year.

Mr Conlan, a keen boxer and health enthusiast, has devoted his time to helping many organisations.  He is involved with The Lifestylers walking group, chair aerobics, the Melton Men's shed and Trinity Gardens Retirement Village. He is also an Ageing Well ambassador and is committed to promoting healthy lifestyles, but his most recent bout of volunteering has seen him work with The GAP on Graham.

The father of three and soon to be first-time grandfather said the award came as a huge surprise.

"I'm truly honoured and I believe there are others out there just as deserving as I," he said.

He said he also accepted the award in honour of his late daughter Lynda, who passed away after a life-long illness in 2009, aged 24.

"I know she would have been here to see this if she could," he said.

Maddison took it upon herself last year to raise the profile of Ehlers-Danlos Syndrome, a rare condition that affects both her and her younger sister Kayla. Her letter to the world gained the attention of some of the country's most prominent leaders, including Prime Minister Julia Gillard.

Maddison said she had no idea she was even nominated for the award and was beyond excited.

"It's not something I expected, but it's a really big honour," she said.

Maddison said the next step in her campaign was to get five minutes with Ms Gillard and show her first hand how hard it is for someone with EDS.